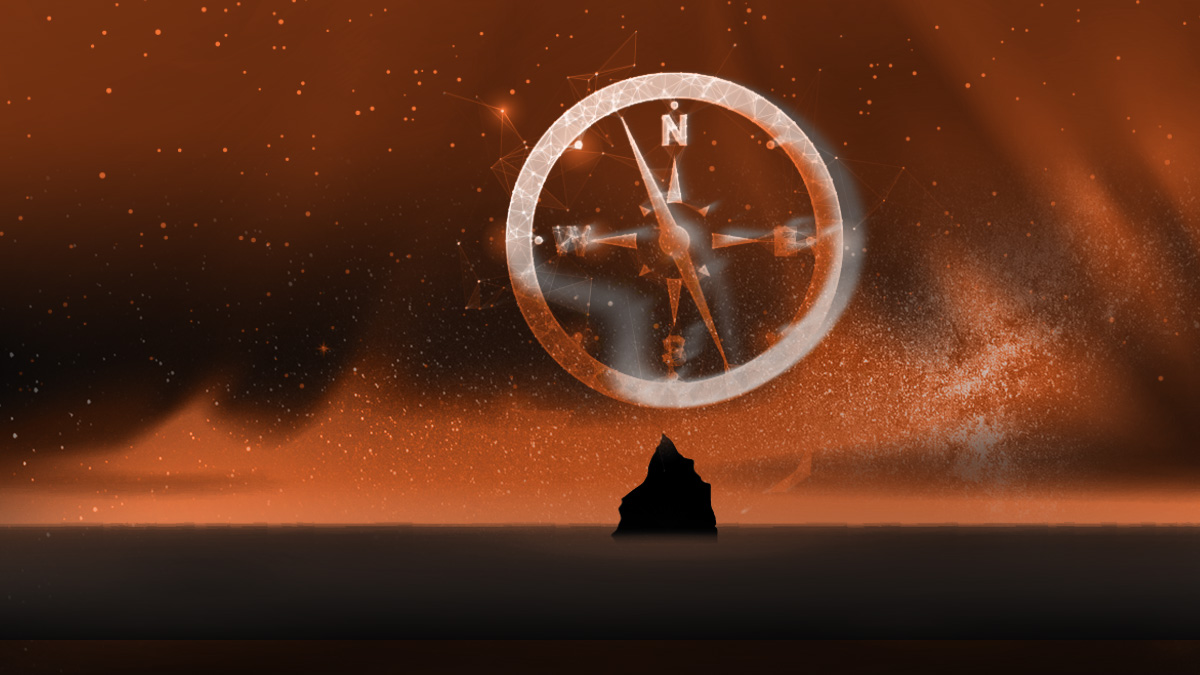 Which Way is North, Really?

Understanding the difference between the four Norths and being able to convert between them, is a critical skill that our database administrators use to support our hosted clients. This blog post provides an explanation of how grid transformations are performed.

maxgeo’s team of database administrators take great care of their hosted data management clients’ data. As highly skilled geologists, geoscientists and GIS specialists, they understand that having precise and accurate data can influence the degree of success to which mining development effectively targets a defined ore body.

An example of how our database administrators look after their clients’ hosted data is making sure that all geographical data refers to the correct ‘North’, and performing grid transformations to convert data that was collected using a different version of North. This is important because often, geologists will plan their drill holes on Grid North (or a variant of, i.e. Local North), but have their surveys done in Magnetic North (various single-shot methods or digital electronic multishot) or True North (using a true north seeking gyro). Further confusion arises considering that gyro surveys can also be captured using a tool referencing Magnetic North (although this is becoming less common).

The problem initially lies with referencing what grid ID the survey is originally captured in and the conversion from that north to another north system.

Grid North (GN):
The north to which the grid lines on your map point i.e. the top of the map. Note that for our Australian clients, the new GDA2020 is available. This would be a flat north.

Local North (LN):
A rotation about grid north that is usually along the strike of the local ore body. A mining corridor may have multiple local norths.

Magnetic North (MN) differs from True North (TN) by the magnetic declination (also known as variation) which can be calculated for a particular location and time using regional or global magnetic field models. This is as defined by Geoscience Australia, although sometimes magnetic declination can also be referred to as the difference between Magnetic North and Grid North (this would usually be in orienteering situations).

There is no resource that is specific to Africa for magnetic declination calculations but a good source is the National Oceanic and Atmospheric Administration (NOAA) in the USA.

Grid north differs from true north by the grid convergence. Grid convergence is defined as “the angular quantity to be added algebraically to an azimuth to obtain a grid bearing” in the Geocentric Datum Of Australia Technical Manual. It is essential because a flat map north (Grid North) is a local reference to a curved earth north (True North).

The conventions for applying magnetic declination and grid convergence are discussed in details from this location on the Geoscience Australia website (which would be applicable worldwide), the below conventions can be used to determine the direction of rotation:

In Africa, the methodology is the same but the situation is more complicated and the impact of this issue can be even more severe. Consider that there is no single coordinate system in use on the continent but each state has its own national grid. Not only are there various projection systems involved from country to country but also a variety of ellipsoids / spheroids such as Clarke 1860, Clarke 1880, Bessel, WGS84, etc.

And then also each state uses their own datum, some of which are by now quite old and haven’t recently been updated such as Arc1950, Arc1960, Tete, North Sahara 1959, etc.

There is no resource that is specific to Africa for magnetic declination calculations but a good source is the National Oceanic and Atmospheric Administration (NOAA) in the USA.

Grid transformations in the Americas

Canada and the USA have similar base references for geographic data. The location of geographic features, including mine and exploration, are typically spotted using the North American Datum (NAD) systems. The NAD27 (a bit older) and NAD83 Universal Transverse Mercator (UTM) systems are commonly used and there is an established coordinate transformation shift for these systems. In the USA, however, there is a preference for State Plane Coordinate Systems (SPCS) that provide more accurate location information for each state.

It is not uncommon for companies to base their work on custom grids such as a mine grid or other local grids. In such situations, the custom grid may have an orientation that deviates from True North. In order to convert between a custom grid UTM or True North grid, at least two pairs of coordinates from each system would be required.

Recording the orientation (e.g. azimuth) of features such as geological structures requires consideration of the relationship between magnetic north, true north and grid north. In Canada, magnetic declination values can be obtained for each location or area from Natural Resources Canada.

Last month maxgeo Senior Database Geologist Ria Brabham was going through the data for a new Australian client in the gold mining industry. She identified and fixed a number of geographical inconsistencies in their exploration and grade control data, potentially saving the company from mining in the wrong place.

“I found some glaring errors in their data where they’ve assumed magnetic north to be the same as grid north, to be the same as true north. Add a couple of local norths plus the variations in magnetic declination over time, and you get a bit of a brain teaser to resolve!” Ria said.

“As Data Managers and the custodians of our clients’ data, we have to know this stuff inside out and back to front. It is such a high-risk area, a two-degree difference in the survey over a 100m long hole is almost 4m difference in location at the end of that drill hole. If that’s an underground mine a few hundred meters underground then they’ve just wasted a few million dollars because the ore drive is in the wrong location.”

For Ria’s Australian gold explorer, the Magnetic Declination (difference between True North and Grid North) ‘D’ was calculated to be +1 degree, with an annual change ‘dD’ of -0.05 degrees per year.

The grid convergence (difference between Magnetic North and True North) for this example was calculated to be +1 degree.

A diagrammatical representation of the norths in relation to each other along with the magnetic declination and grid convergence and a summary table of the rotational factors was created and sent to the client for future reference.